The Pearl on the South Black Sea Coast 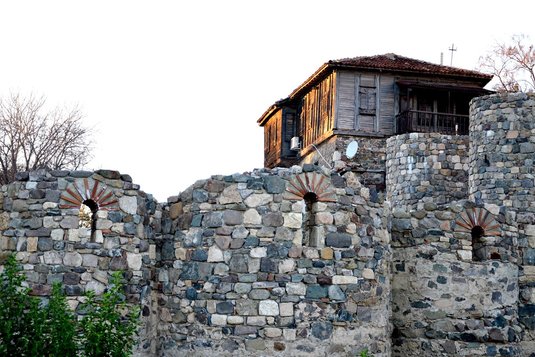 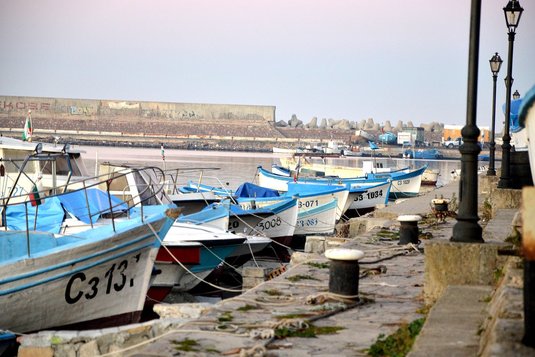 The Pearl on the South Black Sea Coast

Sozopol is one of the oldest towns on Bulgarian Thrace's Black Sea coast. The first settlement on the site dates back to the Bronze Age. Undersea explorations in the region of the port reveal relics of dwellings, ceramic pottery, stone and bone tools from that era. Many anchors from the second and first millennium BC have been discovered in the town's bay, a proof of active shipping since ancient times. It is situated on a picturesque peninsula in the southern part of the Bourgas bay, about 30 km. from Burgas and 6 km. from Chernomorets and "Boutique Villa Amalia".

The first name of the town given to it by the Greek colonists at its creation is Anthea. Later, it was changed to Apollonia, in honor of the ancient Greek god Apollo, protector of the emigrants, honored as a healer. Since Late Antiquity, Apollonia is known as Sozopolis and Sozopoli, in translation - a city of salvation or healing. During the Ottoman rule the town was known as Sizebolu, Sizeboli or Sizebolou.

After the Liberation of Bulgaria from ottoman rule Bulgarian form of Sozopol was imposed. The earliest settlement in the area originated at the end of the 5th century BC. Initially, there were fishermen, farmers, stock-breeders, and metallurgists who harvested ore from the nearby Copper Ridge. The settlement continued to develop during the Early Bronze Age, and its inhabitants traded with bronze alloys in the Black and Aegean Seas. After the division of the Roman Empire in 395 AD, the region of today's Sozopol entered the boundaries of the Eastern Roman Empire. During the time of the Emperor Anastasius (491-518), the fortress walls were built around the city and also used in following centuries, and at many places they were rebuilt and reconstructed.

In 1366, during the campaign of Amadeus VI Count of Savoy to the Bulgarian Black Sea coast (1366-1367), the town was captured and sold to Byzantium. In 1453, after a long siege and despite the help of the Venetian and Genoese ships, the city fell under Ottoman rule. In 1629 Ottoman Turks burned it down and destroyed all monasteries and churches. After these devastations, Sozopol gave up its leading role in the region.

During the Russo-Turkish War, on February 15, 1829, the Russian Navy made a landing under the command of Rear Admiral Mikhail Nikolaevich Kumani and conquered Sozopol. The Russian troops were supported by the Bulgarian-Greek Corps, formed by the population of the city and the surrounding area. The fortress has been transformed into a temporary base of the Black Sea Fleet. After the signing of the Treaty of Adrianople (1829), Sozopol was returned to the Ottoman Empire, and part of the population left the city with the withdrawing Russian troops. Later the town became a big fishing center on the Bulgarian Black Sea coast and a Fisheries School opens in the city to prepare both modern fishing boats and cadets for the naval forces.

After the anti-Greek defeats in Bulgaria in 1906 all Greek churches and schools were closed and alienated. The headquarters of the diocese were moved to Vasiliko and later to Istanbul. In the same year 1045 Greeks left Sozopol and settled mainly in Thessaly where part of the Greek population of Sozopol, who emigrated in the 30s of the 20th century, founded today's Greek village of Sozopoli.

They say that wherever you go to Sozopol and make a sod, you will reach something invaluable. The beginning of the archaeological excavations in the area of today's Sozopol is considered 1904. Then, a French team headed by the French consul in Plovdiv Degran went to Sozopol, where the ancient city of Apollonia Pontica was supposed to be.

The results of the excavations were published by the archaeologist Georges Sierre in 1924 in the French review journal "Revue Archeologico". Archaeological artifacts discovered by French archaeologists were handed over to the Louvre Fund in Paris. Among them are painted antique vases of the Rhodian-Ionian type from XVII-XIX centuries BC, a gilded wreath of a Thracian ruler and a fine limestone bust of a Apolloian woman from III century BC.

Since 2010, large archaeological excavations have been carried out in the old part of the city, leading to the opening and restoration of the eastern and southern fortress walls, the south fortress gate, the medieval customs, several ceramic and metallurgical kilns and foundries. In the same year the relics of St. John the Baptist were found during archaeological excavations on the nearby island of St. Ivan.

Today the precious relic is kept in the temple "St. St. Cyril and Methodius" in the center of the city and attracts pilgrims from all over the world. Ancient Sozopol with the relics of St. John the Baptist was the winner of the "Wonders of Bulgaria" ranking in 2011. In the winter of 2011-2012, a team of Bulgarian archaeologists revealed at the southern fortress wall one a one-apse church, a basilica, and an ancient Christian necropolis. Since 2012, excavations have begun to be carried out jointly with French specialists, who at the beginning of the same year unveiled a large suburban mansion in the Messari area.

Today Sozopol is one of the most popular seaside resorts in the country. By Decree of the Council of Ministers No. 320 of September 7, 1974, the Old Town of Sozopol was declared an architectural and archaeological reserve called "Ancient Sozopol".

Around 180 residential buildings from the middle of the 18th and the beginning of the 19th century shaped the reserve. The houses in the Old Town are made of stone and wood and belong to the so-called Black Sea architectural type. For tourists, interesting places to visit are the Archaeological Museum and the Art Gallery.

One of the biggest events in Sozopol is the Apollonia Arts Days (in the first days of September). The artistic atmosphere of Sozopol, the sheltered streets of the Old Town, the romantic and neat hotels, restaurants and attractions attract thousands of tourists from all over the world.